Posted at 12:07h in Uncategorized by Lennium Group 0 Comments

Apartments and townhouses will no longer be developed in Brisbane’s suburbs zoned low-density residential.

The call to “protect the Brisbane backyard” triumphed, with a vote passed by Brisbane City Council to remove provisions allowing for multiple dwellings on blocks of more than 3,000 square metres.

Councillors voted unanimously in favour of the temporary local planning instrument, provided for in the Planning Act 2016, to restrict multi-residential development in low-density areas.

The interim measure was passed on Tuesday. City Planning chairman Matthew Burke said the proposal will stop townhouses and apartments being built in areas for single homes.

“Council wants to put a stop to cookie-cutter townhouse developments and instead protect the Brisbane backyard and [its] unique character,” Bourke said. 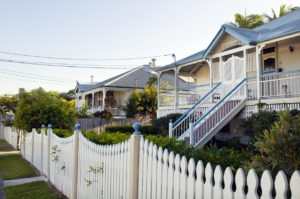 Council said the amendment to the city plan will protect the character of Brisbane’s suburbs.

The vote, which was carried out as council awaits state government authorisation, has been derided as politicking by planning experts.

“Council is drawing a long bow in saying that the city is at risk of adverse cultural or social affects if townhouses and apartments continue to be developed on low-density residential zoned land,” planning consultant Mia Hickey said.

For its part, the state government said council has not responded to requests for further information or addressed how the proposed amendments would effect housing supply.

“Finding the missing middle, where the goal is to offer greater housing diversity such as townhouses, duplexes, low- and medium-rise apartment buildings [is] an important way to ensure people can stay within their communities throughout their lives,” a government spokesperson said.

“It is crucial that a range of housing options are available and affordable for all Queenslanders.”

“It is entirely appropriate for the state to examine the overall impact this policy will have on housing supply into the future.”

“One of the big challenges facing South East Queensland as we continue to grow into the future is ensuring we have enough housing to keep pace with population growth.

“[Council’s] decision to implement a broad ban on the delivery of townhouses is a backward step.”

The proposed ban comes as Brisbane’s temporarily oversupplied apartment market begins to level out – with recent data indicating that Brisbane apartment prices will stabilise over 2019.

The state government said it will assess the two-year protection order once it is formally lodged by council with the department.